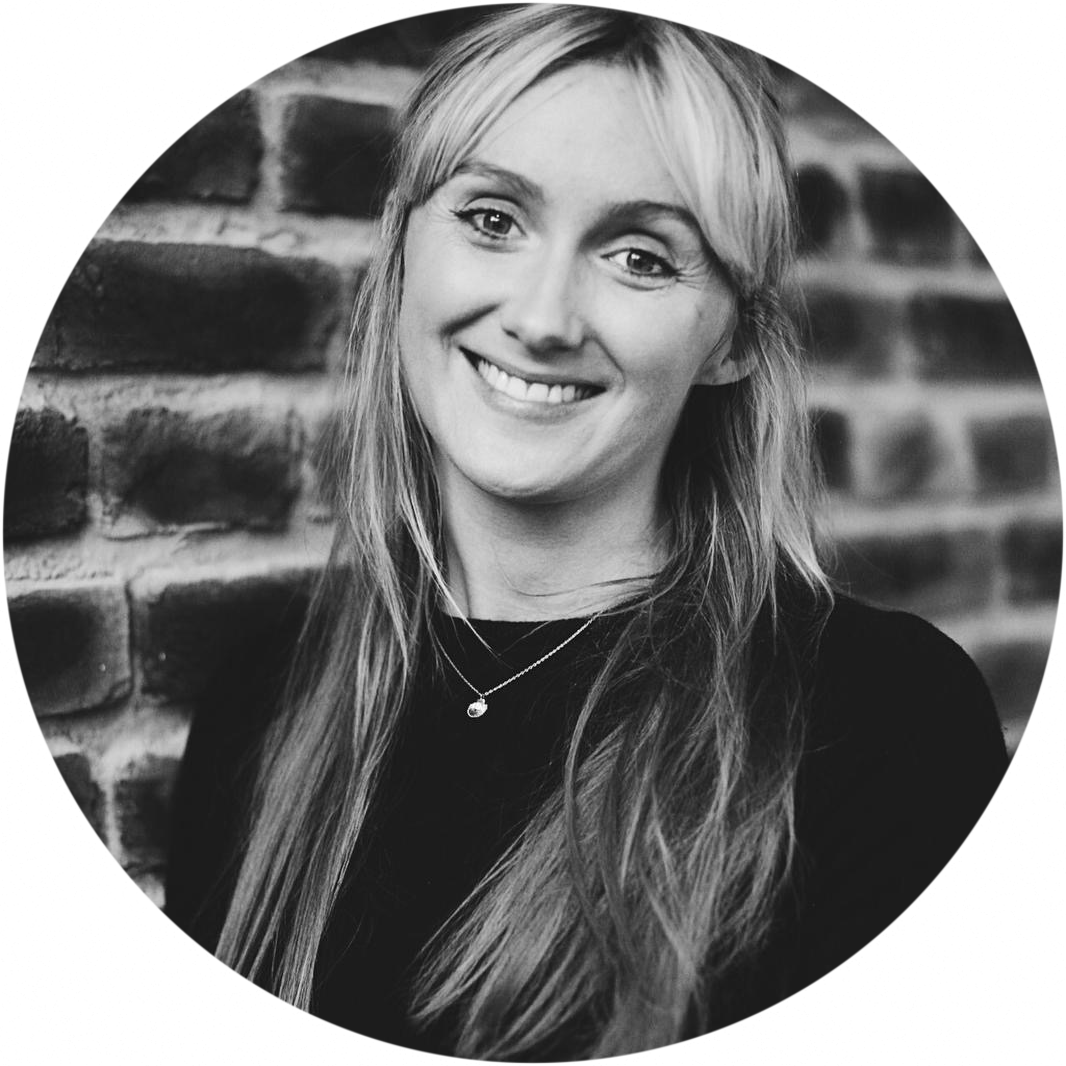 Read the blog post or listen to the podcast on Spotify:

The 4th session of moKee Birth School online is behind us! Sophie, The Infertile Midwife, shared her tips to helping with pain relief during childbirth.

Breathing exercises are a good way to manage pain but they aren’t going to take the pain away, they are all about pain management. Breathing exercises are really helpful during labour as it’s important to breathe when you’re having contractions. Your uterus squeezes down and momentarily the blood flow to the placenta is reduced. But if you’re holding your breath, there’s even less oxygen so it’s really important to breathe.

There are lots of places to learn about relaxation breathing but it’s all about breathing in through your nose for as long as you can and then out of your mouth making the breathes long and slow. This can be a great way to get through each contraction.

Hypnobirthing is not going to take the pain away but it helps to focus the energy to get through each surge. There are a lot of breathing exercises involved. It’s quite similar to mindfulness and it’s something you have to prep and practice. You have to do this towards the end of pregnancy, the more you prepare the greater rewards you reap during labour. There’s not a huge amount of studies into hypnobirthing- there are no harmful effects to you or your baby but we don’t know how well it helps with pain relief. It can really help manage adrenaline and cortisol which are stress hormones. It’s natural to have these hormones during labour but midwives don’t want it getting in the way of oxytocin, which is the happiness hormone. That’s why hypnobirthing helps- oxytocin goes up and cortisol goes down. If things deviate away from your birth plan, this can really help you ground you and calm everything down. You can attend classes which are currently online, but you can pick up a book or look online for recordings to download.

These are really popular but there haven’t been a huge number of studies into birthing pool use to manage pain. The studies that have been done show that if you use a pool you’re less likely to use an epidural and you’ll usually find labour less painful. The pool needs to be between 37.5 degrees and 36.5 degrees. You want it to be around body temperature so you’re not overheating- baby needs to avoid coming out into hot or cold water. The midwife will be checking the temperature throughout. Have a thermometer to check if at home. Midwives can still listen to baby’s hearts in the pool and a wireless CTG monitor can also be used in the pool. For some hospitals it’s policy to protect the perineum as the baby is born, so that baby comes out nice and slowly. This can’t happen if you give birth in the pool, so some choose to get out of the pool to give birth. The good thing about using a pool is that it allows you to use gas and air whilst you’re in there.

It’s stands for Transcutaneous Electrical Nerve Stimulation It is a really good idea to use this in the early or latent stages of labour. Before you’re in active labour and at home, get it going. You can buy or rent the machine and it’s a handheld device with wires and sticky patches which go on your back. It sends a small impulse down the wires and it tingles on your body. That impulse goes down your nerves quicker than the pain does, so it blocks the pain signal getting to your brain. There are lots of different settings- start on the lowest stage. Press the boost button when you feel the contraction happening and turn off when the contraction is finished. You can’t use it when you’re in the pool or bath remember though.

Entonox is also called gas and air. It’s a mix of 50% nitrous oxide and 50% oxygen. You simply inhale the gas and air and it can be used in all birth settings, including home births. Only use this when you have a contraction. When it starts to build, breathe it in and then stop using when it’s over. This works immediately and it wares off when you stop breathing it in. It can make you feel a little bit sick and it can give you a dry mouth so in between have sips of water and pack a lip balm. There are no effects on the baby so this is a really safe option.

Paracetamol- use this in the early and later stages of labour, especially whist you’re at home. It’s the first choice of pain relief for women as we know it’s safe for baby and mum. Do not take if you have any allergies. Just take two tablets (1g) every 4-6 hours but no more than 4 times in 24 hours.

This is a really mild opioid so it does have similar side effects to other opioids. It’s much milder though and it’s taken orally. You can take it on its own or have a tablet mixed with paracetamol. This is good to take at the early stage of labour.

These are great pain relief options and it’s commonly called pethidene or diamorphine. They are both very similar and are usually given as an injection into your bottom or thigh and can be available at home births. It’s best given at the early stages of labour and this is because they cross the placenta and can make baby a bit drowsy. So, to avoid this the midwife assess how likely it is that you’ll give birth shortly. They work by making you feel really relaxed. Some people can even sleep during contractions. Side effects are drowsiness, nausea and vomiting. Midwifes often give an anti sickness medication too. Midwives will not allow you to get into the pool within two hours of taking the medication.

So a PCA is a pump that is attached to a drip in your vein. You have a button to press every time you want pain relief. Usually it’s a drug called remifentanil. It’s not very common to use in labour and is often used if the women is unable to have an epidural. It is an opioid so similar side effects include sickness and feeling sleepy. It can make the baby a bit sleepy after birth so you need to be assessed before being given it.

Epidurals are only available in obstetric unit. If you do want one you have to be transferred to the unit. This is because they are more complicated than other pain reliefs and need to be administrated by an anaesthetist. You have more checks ups and you’ll need a cannula in your arm to give you fluid, so it helps to keep your blood pressure stable. To site an epidural, your anaesthetist asks you to curl up like a prawn, to push your spine out. They give you a local anaesthetic to numb your back too. Once you’re in position they pop a needle into you back and put a thin tube through the needle. They then take the needle away and the tube stays in your back. This tube allows the drugs to be administered. The anaesthetist gives you an initial does and within 30 mins you should be comfortable. You can then top up your medication if you feel uncomfortable. It has a lock out so you can’t overdose. Your legs get quite heavy. It doesn’t make first stage of labour longer but it can make the second stage of labour longer. If you do have an epidural it doesn’t increase your changes of having a c section but it does increase forceps.

You should try to be as mobile as possible. It depends how heavy your block is; some people will be able to walk, some won’t. If you can’t move about ask for a peanut ball which will help you keep your legs open. You’ll need to have a catheter if you aren’t mobile, so that you can empty your bladder and baby can descend into your pelvis.

When it’s fully functioning you’ll be able to feel touch but not pain. You’ll be aware of a contraction but you won’t feel pain. If you do end up needing a c section your anaesthetist will you a huge dose to make sure that you’re numb. Side effects are not common but so that you’re fully informed:

A spinal is similar but there are a few differences. A spinal is a one off injection, there is no tube that stays in your back. If you’re having a c section this is the pain relief that you usually have. You will be numb from the bottom of your breasts downwards. It’s a heavy block and they work really quickly. You won’t be able to move your legs but you might feel touch.

Lastly a general anaesthetic. Not common when in labour but this might happen if none of the other pain relief options are appropriate or if a c section needs to be done really urgently. Your partner is not allowed into theatre with you and your baby can come out sleepy. You’ll feel tied and sick when you wake up and you’ll need further pain relief. Rare side effects include breathing tubes damaging your wind pipes. There is a fairly common risk of mild affections, around 1 in 100. One risk is acid going from your stomach into your lungs and that is a 1 in 1000 chance. Doctors will give you an anti acid to stop this happening. There is also a very slight chance of brain damage- 1 or two people a year in the UK. 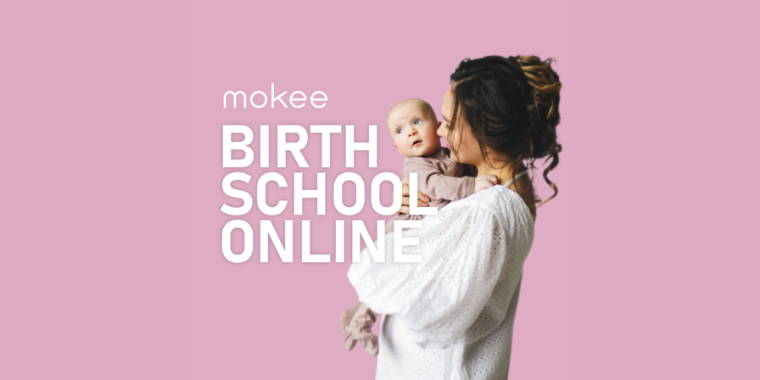 Learn more about pain relief during childbirth and get to know the advices from Sophie Martin, the experienced midwife. Find out how breathing, massage, birthing pool or the tense machine might help you during the labour.